Epilepsy is a neurological disorder due to sudden burst of abnormal electrical discharges from the brain.

Seizures can happen when these electrical and chemical signals are not working the way they normally do. Not all seizures, however, are a result of epilepsy. A seizure is a single episode, while epilepsy is a disease involving unprovoked seizures over time. Unprovoked seizures are not linked to a recent or current incident affecting the brain such as brain injury, alcohol or drug withdrawal, stroke, brain infection, or another identifiable acute cause.

Epilepsy can be diagnosed if one experience any of the following:

HOW COMMON EPILEPSY IS?

Epilepsy is the most common chronic neurological disorder that affects 1 in every 200 people in the community.

Approximately 50 million people around the world have epilepsy.

It is estimated that in India, there are over five million people with epilepsy and one million with medically refractory epilepsy. There are nearly five hundred thousand people with focal epilepsies, and in a majority of them, surgery cures or controls epilepsy.

Epilepsy may occur due to

Epilepsy can start at any age, but it commonly starts at extremes of age, i.e., in small children and the elderly. A large percentage of children with epilepsy outgrow the problem with age.

WHAT ARE THE SYMPTOMS OF EPILEPSY? 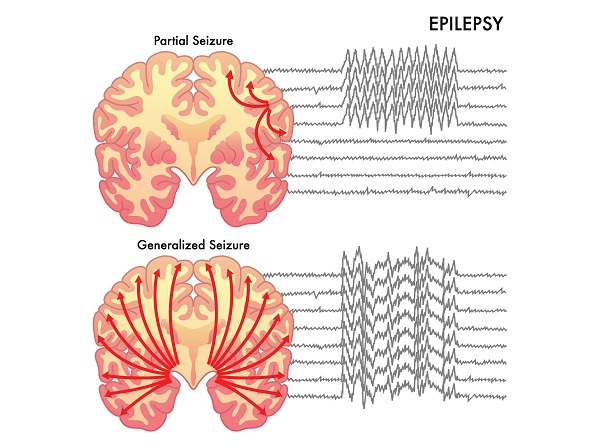 Generalized seizures – Where most or all of the brain is affected. It is more common in children.

Symptoms of partial seizure include:

There are six main types of generalized seizure:

1) Absence seizure: This mainly affect children. It causes the child to lose awareness of his surroundings for up to 20-30 seconds. The child will seem to stare vacantly into space, though some children might flutter their eyes or smack their lips. The child will have no memory of the seizure. Absences can occur several times a day. Although they are not dangerous, they may affect the child's performance.

2) Myoclonic jerks: It is types of seizures that cause arms, legs or upper body to jerk or twitch, much like an electric shock. It often only last for a fraction of a second. Myoclonic jerks often happen in the first few hours after waking up and can occur in combination with other types of generalized seizures.

3) Clonic seizure: It causes the same sort of twitching as myoclonic jerks, except the symptoms last longer, normally up to two minutes. The patient may get unconscious

4) Atonic seizure: It cause all muscles to relax, so there is a chance to fall on the ground. Facial injuries are common with this type of seizure.

5) Tonic seizure: Unlike an atonic seizure, tonic seizures cause all the muscles to suddenly become stiff. That can result in loss of balance and fall over, so injuries to the back of the head are common in this type of seizure.

6) Tonic-clonic seizure: It is known as grand mal, has two stages. In this body becomes stiff and then arms and legs begins twitching. Patient loses consciousness. The seizure normally lasts between one and three minutes, but can last longer.

WHAT ARE THE COMMON SEIZURE TRIGGERS?

HOW TO DIAGNOSE EPILEPSY?

The diagnosis of epilepsy usually requires that the seizures should occur spontaneously. Other precipitants can trigger an epileptic seizure in patients who otherwise would be susceptible to spontaneous seizures commonest are missing epilepsy medication dose, lack of sleep, stress, taking certain medication which may precipitate seizures. Rarely certain epilepsy syndromes require particular triggers for seizures to occur. These are termed reflex epilepsy. For example, patients with primary reading epilepsy have seizures triggered by reading Photosensitive epilepsy can be limited to seizures triggered by flashing lights. 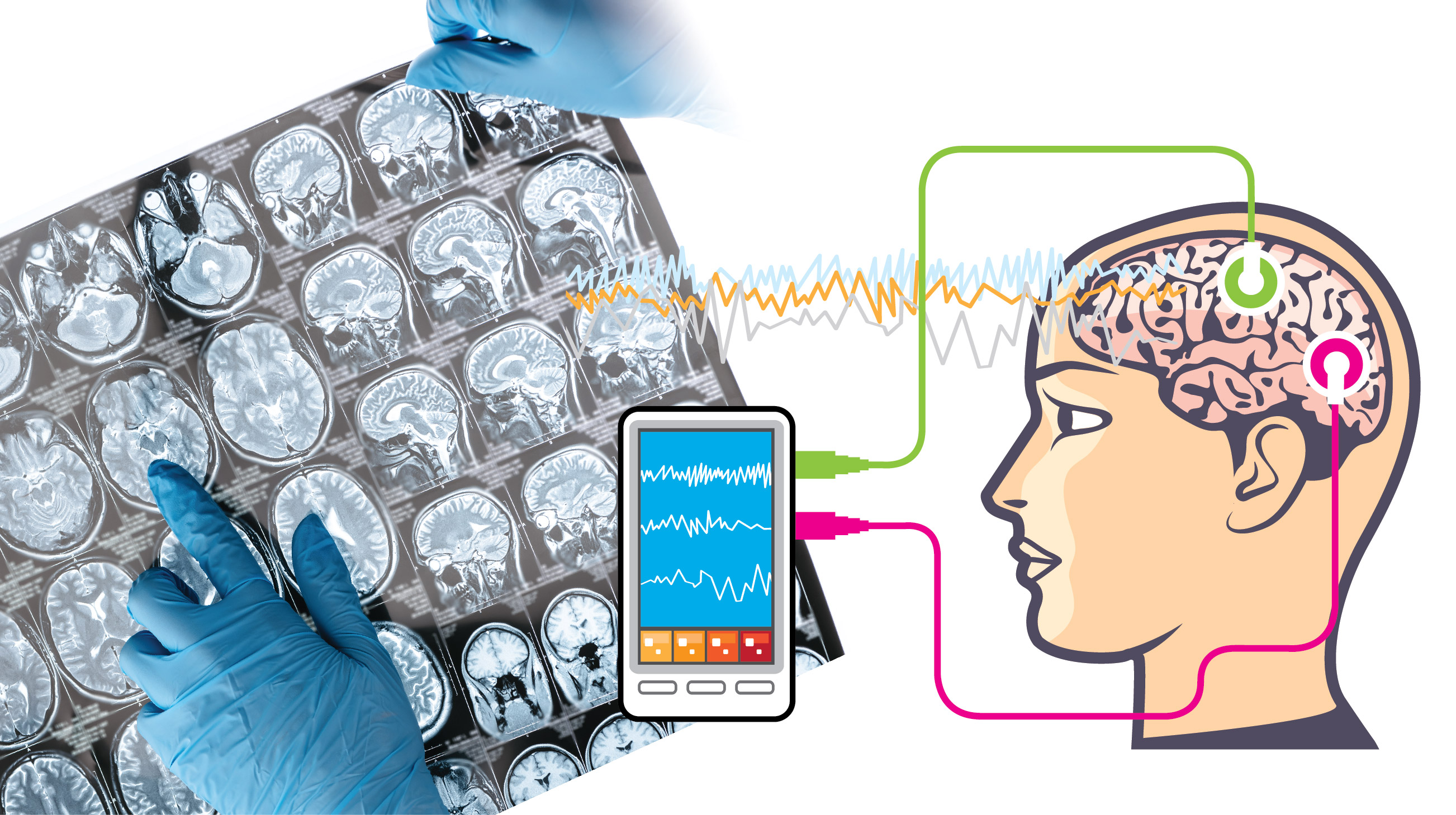 Magnetic resonance imaging scan (MRI): An MRI scan can often detect possible causes of epilepsy, such as defects in the structure of your brain or the presence of a brain tumor. For epilepsy, an epilepsy protocol MRI should be done. This test is not painful.

Electroencephalograph (EEG): An EEG test measures the electrical activity of the brain through electrodes placed on the scalp. During the test, patient may be asked to breathe deeply or close the eyes, as these actions could reveal unusual brain activity associated with epilepsy. Patient might also be asked to look at a flashing light, but the test will be stopped immediately if it looks like the flashing light could trigger a seizure. This test is not painful.

HOW TO TREAT EPILEPSY?

Epilepsy is usually treated with medication prescribed by a physician; primary caregivers, neurologists, and neurosurgeons all frequently care for people with epilepsy. However, it has been stressed that accurate differentiation between generalized and partial seizures is especially important in determining the appropriate treatment. The mainstay of treatment of epilepsy is anti convulsant medications. However many a times it has certain effect on quality of life.

Medications: The older first-line Anti-epileptic drugs include sodium valproate, carbamazepine, phenytoin and phenobarbital. Newer AEDs include lamotrigine, levetiracetam, oxcarbazepine, tiagabine, topiramate, gabapentin, and vigabatrin. Side effects may occur and these medicines must be taken under supervision. They must not be stopped abruptly. There is nothing such as a course for epilepsy and medicines must be regularly consumed till the doctor advises.

Surgery: Epilepsy surgery is also done in case of focal seizures that are resistant to the treatment. Treatment resistance is defined as seizures persisting despite regular medication of at least 2 anticonvulsants in adequate doses with adequate adherence, provided pseudo seizures have been ruled out.

Electrical stimulation: by Vagus Nerve stimulation and deep brain stimulation is done but may not result in complete seizure control.

DOS AND DONTS DURING A CONVULSION: